Managing Director of Strategy for Foreign Exchange and Commodity Risk 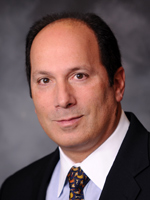 Dave graduated from Quinnipiac College in 1979 with a Bachelor of Science Degree in International Finance. He spent the first 8 years of his career with Union Carbide in various International Treasury assignments. He was stationed in Hong Kong and Singapore from 1986 through 1990 as the Area Finance Manager for Union Carbide.

In November 1992, he joined the General Electric Company. Dave was responsible for foreign exchange and commodity risk management hedging strategies at GE.

In addition to those responsibilities, Dave was the Global Treasurer of GE’s largest business, GE Power.